Google Groups was developed in 2001 as a discussion space where group members can communicate through either a web forum or an email list.

However, it has been increasingly used as some “Shared Inbox”, in which a group of people receives the same messages at the same time without needing to share an email account and a password.

Businesses are craving for Email Collaboration. Using Google Groups as an attempt to collaborate in Gmail used to be reasonable when there was no alternative to Shared Inbox in Gmail. However, today alternative tools go far beyond Google Groups e and also make it much simpler for companies.

Here’s why Google Groups is not the right tool for a Shared Inbox.

GET THE BEST GOOGLE GROUPS ALTERNATIVE IN GMAIL NOW

Why you shouldn’t use Google Groups as a shared inbox

There are a lot of reasons why you should not do that. The important ones are:

1. The collaborative Inbox is clunky and unintuitive

The Google Groups’ collaborative inbox UI is entirely different from Gmail’s – a service that everyone in the team is already using in their main workflow. There are no patterns on the UI to simplify tasks and communication.

Not to mention, getting everyone on a team to switch between different platforms to manage their tasks presents a lot of hurdles to productivity.

Working as a team through Google Groups means that members need to forward, “cc:”, and “bcc:” emails to each other and the group address (sales@, info@, etc.) constantly. Email threads can become long and confusing, and may not be relevant to everyone inside the thread.

If everyone — or just more people — need to reply to an email, the message will have to be forwarded or sent again to everyone in the loop. Imagine if you were using a Google Group “support@company.com” for customer support, and then you receive an inquiry from a customer. One of the two scenarios will happen:

This way, essential tasks will fall through the cracks because task delegation becomes impossible in this setting.

3. Assignments are not clear

Using Google Groups as shared inboxes may generate not only confusion in internal discussions but also in accountability. It’s tough to assign emails to individual team members while using Google Groups. And this is a required feature that a Google Groups alternative needs to offer.

As a result, this generates two kinds of issues:

None of the options above is perfect for your business and external relationships like a customer, right?

Tracking task statuses is necessary so that everyone on the team knows who’s working on which task.

Google Groups doesn’t have this functionality, which means that there are high chance team members will end up working on tasks that have already been completed!

Fortunately, there is now a proper shared inbox tool on the market that gets rid of these collaboration nightmares: Drag, the Google Groups alternative in Gmail. 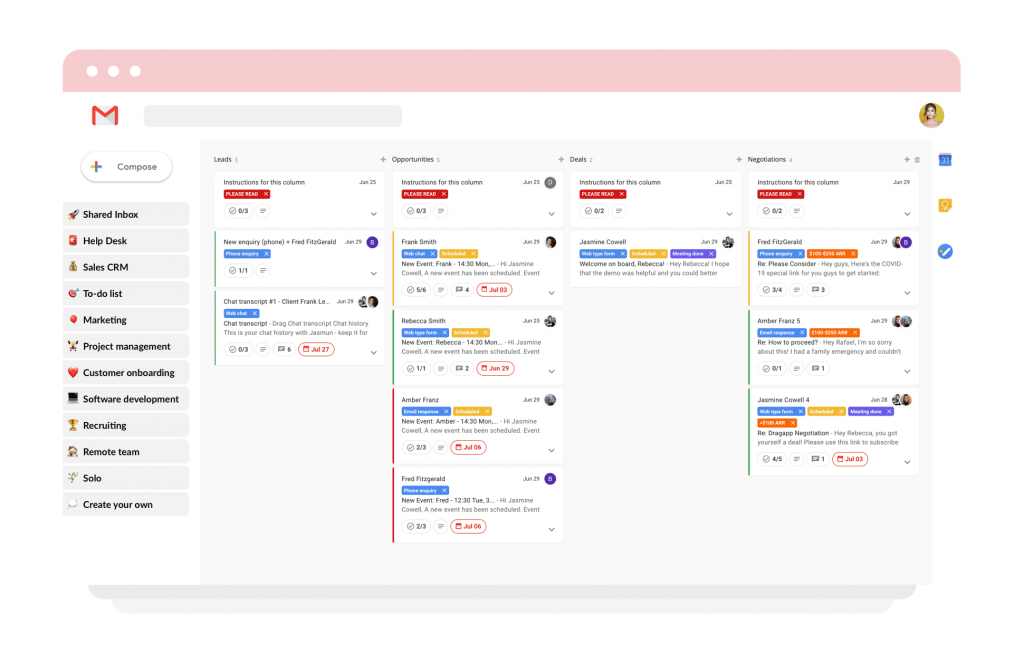 Drag transforms the way teams work, but all within the Gmail platform – an interface that’s already familiar. This eliminates the learning curve that comes with introducing a  new tool to an entire team.

With Drag’s Kanban view, all tasks are presented as cards in an easily understandable order, and that aligns with the team’s goals.  Feel free to move these cards to different statuses to track down your progress.

Assignments, due dates, and even an internal chat are all features built to make sure your team is always on the same page and as lean as possible 🙂

Drag doesn’t add any new logins/websites for your team. It works straight from your Gmail Inbox. We work with Drag boards, and they look like this:

This view is optional for your Inbox. You can use the kanban view in your Gmail or not (there is a toggle button on the top right to turn it on or off).

Each one of these boards can be shared with different teammates (including your one! Yes, CEO / VAs, this if for you). You can also add as many boards as you want. There are different options: 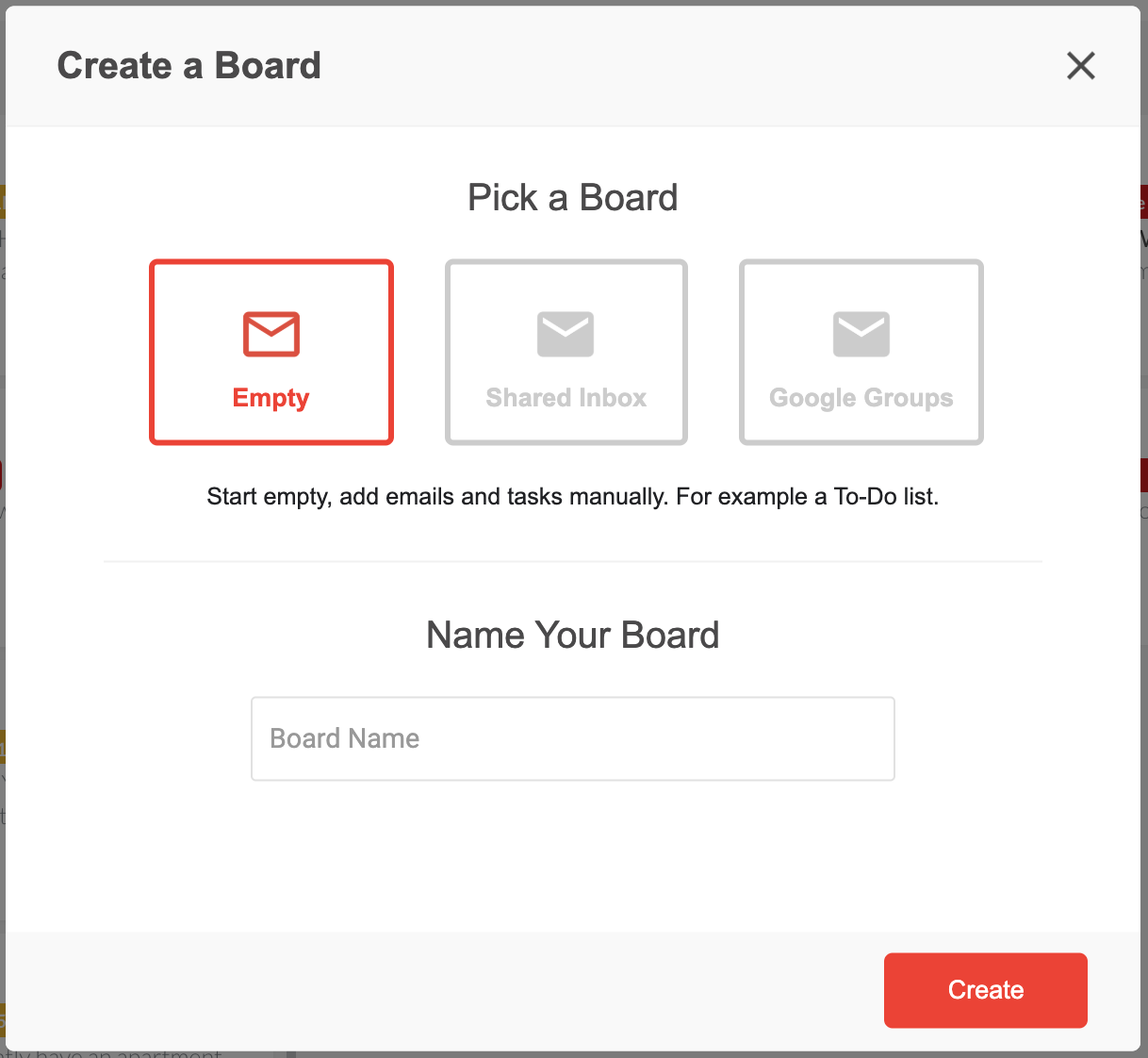 You can create Empty boards and populate them as you prefer. Or you can also add a Shared Inbox, for teams that work on emails such as sales@ or support@. These are real-time boards. Emails will automatically load and be visible to the whole team.

But most important, Drag also allows you to integrate Google Groups into Drag boards. This is ideal for teams that don’t have real email addresses for Shared Inboxes such as support@ or info@, and instead, use email aliases and distribution lists.

You can also drag emails (or tasks) across the board! It’s straightforward:

In a nutshell, below are some other features you can add to your cards in a Kanban board. You can read more about our features here.

Google Groups it’s not a tool to enhance team productivity. There’s simply no reason to keep using it to achieve this purpose. Many options like Drag exist on the market that is better suited for helping teams collaborate effectively.

Shared inboxes are intuitive and straightforward, and they have enormous potential in terms of what they can do to transform the way your team works.

The fact that Drag works inside Gmail decrease drastically the time that teams invest in learning about a new tool. It also centralizes work, by allowing Helpdesk to be managed within the same space as emails and To-Dos.

The best alternative to Google Groups.

Drag turns Gmail into your Team’s Workspace – One single place to support customers, manage tasks and close deals, from the place teams love: Gmail. We are a Techstars-backed Company, trusted by 30,000 users around the World.

How to use Gmail contact groups to optimize your teamwork 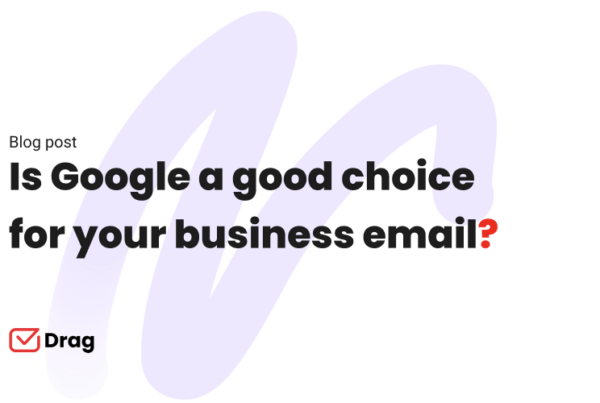 Is Google a good choice for your business email? 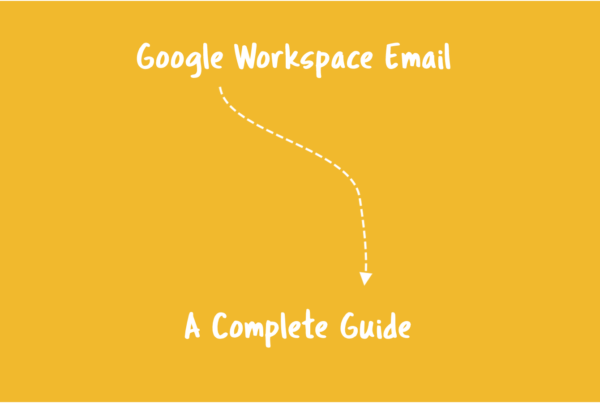